The process gets its name because the materials being distilled only travel a short distance throughout the apparatus—typically just a few centimeters. Common materials that are extracted through short path distillation include fragrances, fatty acids, fuels, polyurethane, and oils such as CBD oil. Below, we will address how this widely implemented process works.

Rather than implementing a solvent to help extract the distillate from the material, short path distillation facilitates extraction by taking advantage of the melting points of the material. This process begins by putting the extraction material in a feed vessel, where it is then sent into a heated flask. The heat of the flask and the extract material inside will gradually increase to facilitate evaporation.

In addition to the heat, a vacuum is also created inside the flask, which decreases the atmospheric pressure inside the system and, as a result, reduces the boiling point of the evaporation material. For this reason, short path distillation makes distilling heavier molecules faster and more efficient. In addition, the vacuum also helps speed up the evaporation process by drawing the vapors up into the fractionating tubing. These columns allow the mixed vapors to cool, condense, and re-vaporize. In doing so, they help effectively separate the mixture, as each condensation-vaporization cycle enriches the vapors in a certain component.

After leaving the fractionating tubing, the material enters the condensing tube that, as its name suggests, condenses the vapors. This tube is located close to the heated flask, which means the extract only has to travel a short distance, thus reducing the amount of distillate that is lost throughout the apparatus.

Upon condensing, the fractions will take separate paths and end up in different collection flasks based on their weight. For optimum separation and product refinement, the extract material can run through a short path distillation apparatus multiple times. There are many benefits of the short path distillation process that make it a highly advantageous option for a variety of different uses and applications. Some of the most notable benefits of this process include: 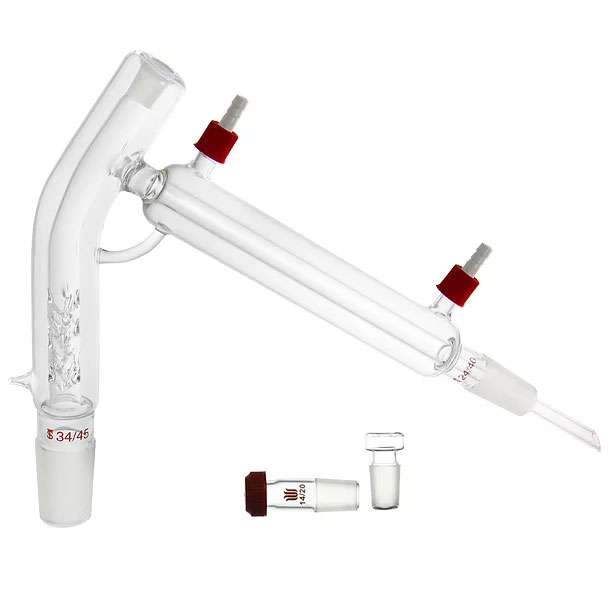